Polar bears are outstanding hunters. They are the most aggressive and carnivorous of all bears. They hold the same characteristics as other bears although the polar does have specific traits inherent to it. The Inuit people (Eskimos) of northern Canada, Alaska, and Greenland, greatly respect polar bears for their strength, courage and spiritual power. They believe that a polar bear is a wise teacher that shows one how to survive in harsh situations and also the skill of seal hunting.  Inspired by this spectacular animal, CharmPop’s creative team has come up with this Polar bear pop up card design. 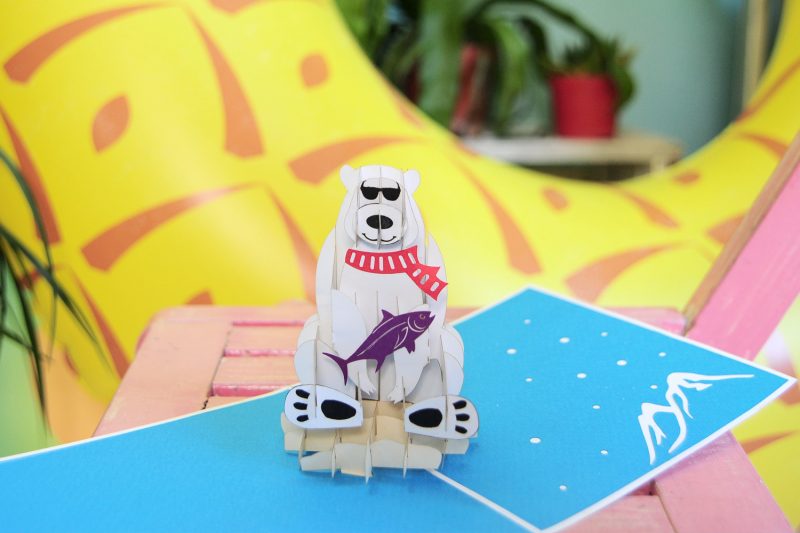 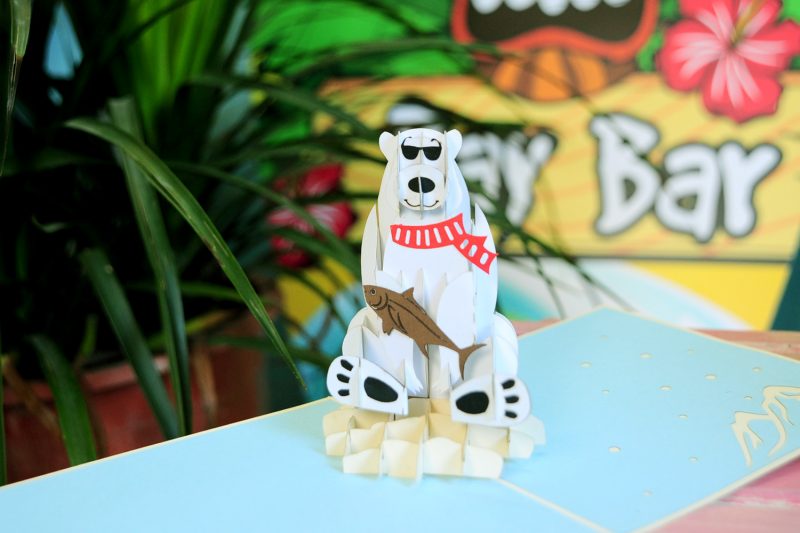 Polar bear pop up card has a white cover that features a walking polar bear. The image reveals just enough of the surprise inside. Open the card and you will find a stunning three-dimensional sculpture of a cool polar bear, wearing a black sunglasses and a red scarf, holding a giant fish.
We always leave the card blank so that you can personalize your own words.

This pop up card design is inspired from the strong and fierce polar bears. Polar Bear is reminding you how enormously strong and full of courage you are. He has come to help you stand up to your current challenges in life, no matter how intimidating they are. You will never be overwhelmed. This white bear also reminds you that you can thrive in environments that may be hostile to others. 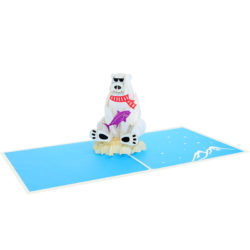 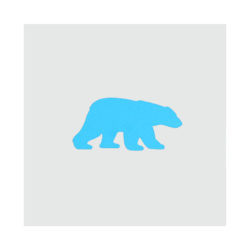 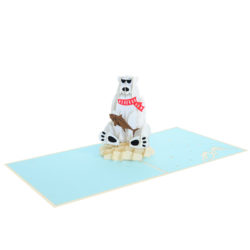 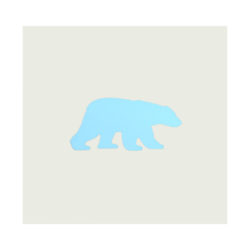