A hummingbird’s brain makes up a whopping 4.2 percent of its weight; proportionally, that’s the largest of any bird’s. (By comparison, our brains are 2 percent of our body weight.) Inside that big brain is a veritable encyclopedia of important information. Studies have shown that hummingbirds can remember every flower they’ve ever visited, including on migration routes. They can figure out how long to wait between visits so the flowers have time to generate more nectar. They can even recognize humans, and know which ones can be counted on to refill empty hummingbird feeders.

Hummingbirds have a terrific vision: They can see every color we can, and their eyes can process ultraviolet light, which means they can also see some colors we can’t.

On top of that, hummingbirds are among the many animals gifted with a third set of eyelids. These translucent flaps of skin known as nictitating membranes act like natural flight goggles, protecting the hummingbird’s eyes as the little bird zooms through the air.

3. THEIR EARS ARE PRETTY GOOD, TOO.

Hummingbirds have a highly acute hearing—and some of them also have highly cute ears: many males in the violet-ear (Colibri) genus have absolutely ludicrous feathered ear floofs. Apparently, the females dig them. 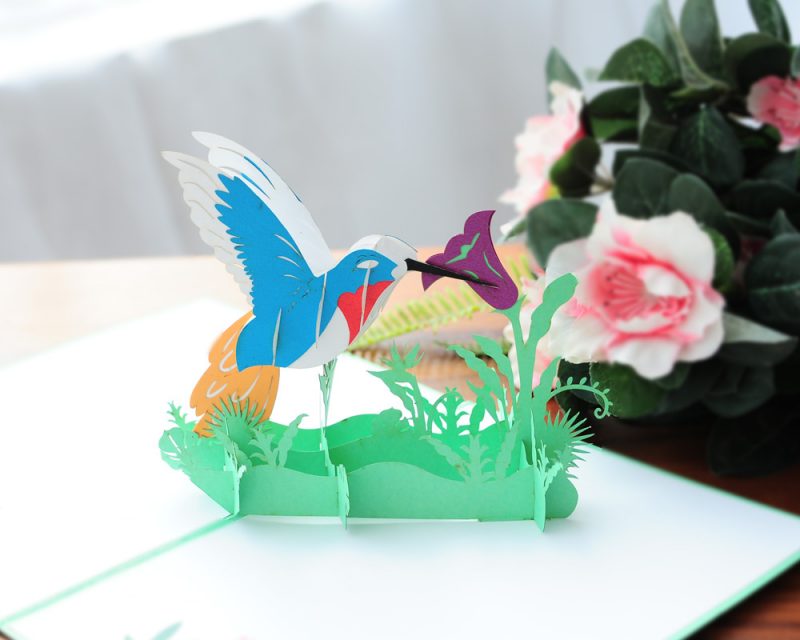 4. THEIR BEAKS ARE BUILT-IN WEAPONS.

Mating season can get a bit competitive for hummingbirds. And not just in the “aw, gee, I saw her first” kind of way. Hummingbird males get mean. After a little bobbing and weaving, territorial males use their needle-like beaks like little shivs and stab each other in the throat.

They also use their face-knives for another kind of killing: hunting. Nectar is their favorite food source, but it’s not the only one; hummingbirds also eat small flying insects. When they approach a bug, they stretch their beaks wide. When the beak reaches its maximum stretch, it snaps shut like a hair clip, trapping the hapless insect inside.

5. AND THEIR TONGUES ARE FREAKY.

For many, many years, birders and scientists believed that hummingbirds used their tongues like itsy-bitsy straws to suck up nectar. Then, in 2011, researchers revealed the freaky truth: hummingbirds have forked tongues that are lined with fine hair-like extensions called lamellae. When the hummingbird starts drinking, the tongue’s forks opens, the lamellae unroll and curl around a drop of nectar. Then as the tongue is brought back into the mouth, the forks close and the lamellae trap the nectar. 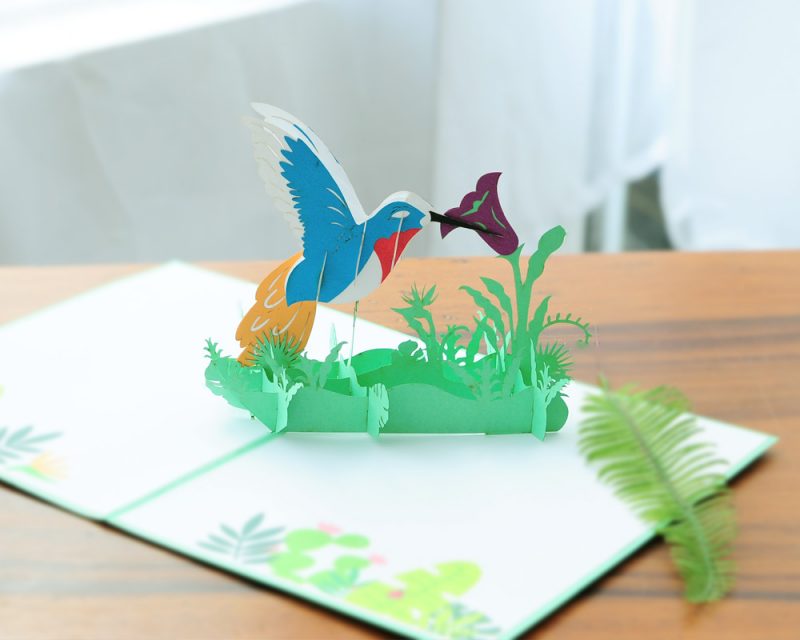 6. THEY HAVE A LOT OF FEATHERS.

A hummingbird packs more feathers per inch than any other bird, with the possible exception of the penguin. And even if the penguin does win on feather count, the hummingbird’s are far more festive. The bright feathers on their gorgets (sparkly throat patches) scatter light like soap bubbles, creating some of nature’s most spectacular colors.

But they’re not just for show. While courting females, male hummingbirds make loud sounds with their tail feathers. They climb high into the air and then drive past the females at speeds reaching 65 feet a second. As they swoop, the wind flutters through their tail feathers, causing squeaky sounds that are allegedly a huge turn-on for female hummingbirds. Are we seeing a theme here?

No other bird on Earth can stunt-fly like a hummingbird. They can fly forward or backward, hover, and even fly upside-down, and they do all of this so fast we can’t even see it—beating their wings between 70 and 200 times per second. This power, precision, and agility allows them to reach speeds of up to 30 miles per hour while flying and 60 miles per hour while diving. Their mad flight skills have made them a subject of great scientific fascination and several weird experiments.

19 thoughts on “Fun facts about Hummingbirds”